We have a world-class team here to support you.

Rob founded Inteum Company in 1992. From 1987 to 1992, Rob was President of Washington Research Foundation, which he managed through the retirement of significant debt and emerged as a leader in the field of technology transfer. In 1991, Rob was Vice President of the Association of University Technology Managers. Rob leads Inteum, which holds the record for being the most sustained, innovative developer of management information systems in the industry for over 25 years.

Inteum has delivered many industry firsts and has led the field of management information system software for technology transfer around the world for a quarter of a century.

Dave is a Chartered Information Systems Practitioner with over 30 years’ experience in the design, development and implementation of business information systems. He spent ten years in technology transfer with the University of Edinburgh, responsible for research and intellectual property management systems.  In 2009, he founded Inprisys to develop and market the ‘Analytics for Inteum’ and ‘Integrate for Inteum’ solutions to Inteum clients around the world.  He supports the CEO in the strategic development of Inteum Company and continues to look after data migration, analytics, reporting and integration.

Tim joined the Inteum team in 2002. Tim has over 20 years programming and manufacturing process design experience. His knowledge and skill in scripting languages, Visual C++ and ATL/COM have been a great addition to Inteum’s software development team. Tim has been the guiding force in our transition from Inteum C/S to Inteum Web and is now spearheading the development of our next generation of the market leading solution, Minuet™.

Britt joined the Inteum team in July 2012 as an Account Manager for the West Coast, North America and Australasia regions. She previously worked for another local software company for nine years as a Product Research Analyst and subsequently one of their customers as a Systems Administrator. She has a strong background in troubleshooting, testing , software support and training.

As VP, Business Development, Britt works on expanding Inteum’s client base in the Americas and Oceania.

Ruth joined the Inteum Team in April 2004. Prior to coming on board with Inteum Ruth worked at Fred Hutchinson Cancer Research Center, PathoGenesis in Seattle before they were bought by Chiron and the Washington Research Foundation. She uses her 20+ years of office, event management, and stage management experience with organizational skills to keep everyone on track.

Amy joined the Inteum team in June 2021. She previously worked for a global IP investment and technology transfer services company for six years as a managing director. She loves growing new businesses from the ground up and has a strong background building teams, client base, and supporting customers.

As VP of MTAShare, Amy manages product strategy and roadmap. 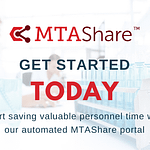 There's a better way to manage your MTAs

MTAShare is an automated system for managing and processing material transfer agreements, which will significantly reduce your negotiation time. Visit mtashare.com to learn more.

This website uses cookies to improve your experience while you navigate through the website. Out of these cookies, the cookies that are categorized as necessary are stored on your browser as they are essential for the working of basic functionalities of the website. We also use third-party cookies that help us analyze and understand how you use this website. These cookies will be stored in your browser only with your consent. You also have the option to opt-out of these cookies. But opting out of some of these cookies may have an effect on your browsing experience.
Necessary Always Enabled
Necessary cookies are absolutely essential for the website to function properly. This category only includes cookies that ensures basic functionalities and security features of the website. These cookies do not store any personal information.
Non-necessary
Any cookies that may not be particularly necessary for the website to function and is used specifically to collect user personal data via analytics, ads, other embedded contents are termed as non-necessary cookies. It is mandatory to procure user consent prior to running these cookies on your website.
SAVE & ACCEPT