Success stories about real people. How they have shaped Inteum and how Inteum has influenced them. 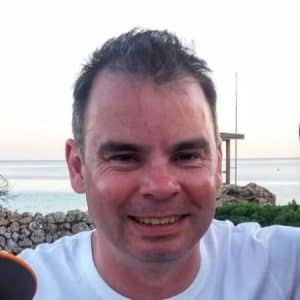 David Waddell is the Vice President at Inteum Company. Dave was the IT Manager at University of Edinburgh where he developed Analytics for Inteum. Later he founded Inprisys to commercialise Analytics and partnered with Inteum. In 2016, Inteum acquired Inprisys. David Waddell is instrumental in Inteum implementation at many institutions and he leads the UK Inteum office with a variety of responsibilities.

My first encounter with Inteum Company was when I worked with University of Edinburgh and we were evaluating potential new systems for IP management. I was in Seattle for a conference, and took the opportunity to meet with Rob, Rhoda and Tim (Rob Sloman, Founder and CEO of Inteum; Rhoda Sloman, Rob’s wife; Tim Hollobon, Lead Architect of Inteum) for dinner to chat about Inteum and share my requirements document. I’d already heard good things about Inteum from other UK universities, and the deal was pretty much sealed.

Birth story of Analytics and Inprisys

Analytics came from my need to extract data from Inteum for users within the office at University of Edinburgh.  As the IT Manager, I had numerous requests from staff for reports, metrics and charts from Inteum C/S (a desktop application). I tried lots of different tools, and none of them gave the simplicity that the users required. I wanted them to have a tool that they could use to run their own reports, without having to ask me for help all the time. Analytics was born.

As I developed the Analytics tools, I started to show them to the Inteum team, with a thought that they would be useful for other Inteum customers. As time progressed, and the tools developed, I was interested in taking it to the next level. Inprisys was created to take the Analytics tools to market, with the support of Inteum. The rest is history!

The primary accomplishment I achieved at Inprisys was taking something that started out as an idea, all the way through the process of developing it into a product and taking that product to market. I will never forget the sense of achievement I felt when we had our first paying customer (Emory University).  Along the way, I had to learn a lot, in a short space of time, including a number of skills (like sales and marketing) that I’d never been exposed to before. The whole journey has been terrific, and really contributed to the person I am today.

Decision to partner with Inteum

Deciding to partner with Inteum was an easy decision. The team, and Rob in particular, were so supportive of my efforts that they enabled me to make the move out of University of Edinburgh and into Inprisys as a full time business.  Inteum’s commitment and investment in my future is something I appreciate to this day, and in turn I try to do as much as I can to further the success of Inteum.

I feel that I bring a unique set of skills to the team. I have a very practical approach to problem solving, use common sense in situations, can plan and manage and can bridge the gap between business and technology, dealing with any level of staff with confidence and comfort. I consider myself a ‘safe pair of hands’ and someone who is focused on ‘getting the job done’. However, the team is the key to the success of Inteum, and I am just a part of that team. We all pull in the same direction, and the commitment to Inteum by the team is the key to our success.

My favorite part of working with Inteum is working with a great team, on challenging projects and having the opportunity to engage with smart people at some of the top institutions in the world.

To a certain extent, Inprisys has always been part of Inteum. Inteum were an early investor in Inprisys, and although Inprisys operated autonomously up until 2016, we very much considered ourselves part of the wider Inteum family. In 2016, the acquisition of Inprisys by Inteum was the next logical step in a relationship that has spanned nearly 10 years.

Looking forward in the next 5 years

I look forward to continued success, growth of the company and interesting challenges all lie ahead.   Among other areas, I’d like to work on collaborations and partnerships that add value to the Inteum Solution and develop more tools that take working with Inteum data to the next level.

There's a better way to manage your MTAs

MTAShare is an automated system for managing and processing material transfer agreements, which will significantly reduce your negotiation time. Visit mtashare.com to learn more.

This website uses cookies to improve your experience while you navigate through the website. Out of these cookies, the cookies that are categorized as necessary are stored on your browser as they are essential for the working of basic functionalities of the website. We also use third-party cookies that help us analyze and understand how you use this website. These cookies will be stored in your browser only with your consent. You also have the option to opt-out of these cookies. But opting out of some of these cookies may have an effect on your browsing experience.
Necessary Always Enabled
Necessary cookies are absolutely essential for the website to function properly. This category only includes cookies that ensures basic functionalities and security features of the website. These cookies do not store any personal information.
Non-necessary
Any cookies that may not be particularly necessary for the website to function and is used specifically to collect user personal data via analytics, ads, other embedded contents are termed as non-necessary cookies. It is mandatory to procure user consent prior to running these cookies on your website.
SAVE & ACCEPT